Light snacks and refreshments will be served after the panel discussions and during the post event networking. 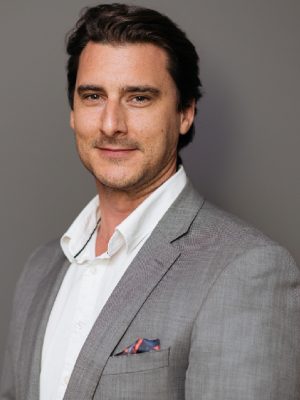 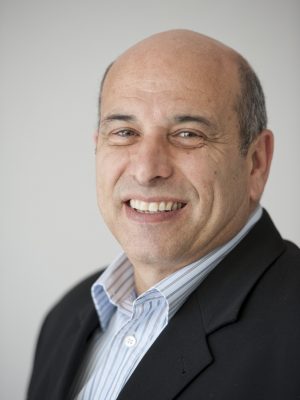 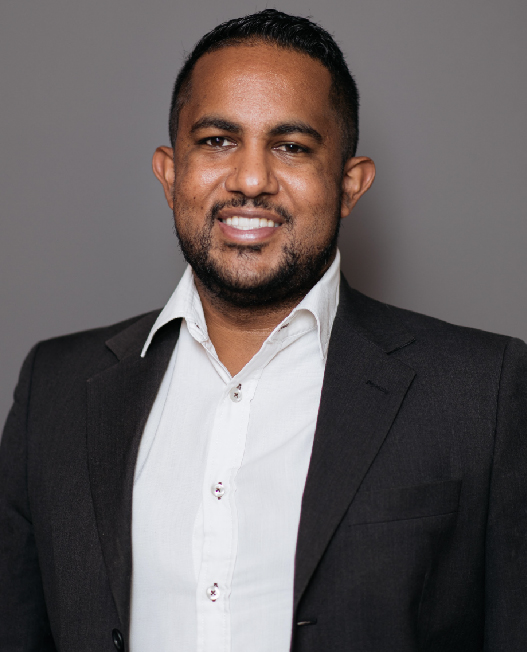 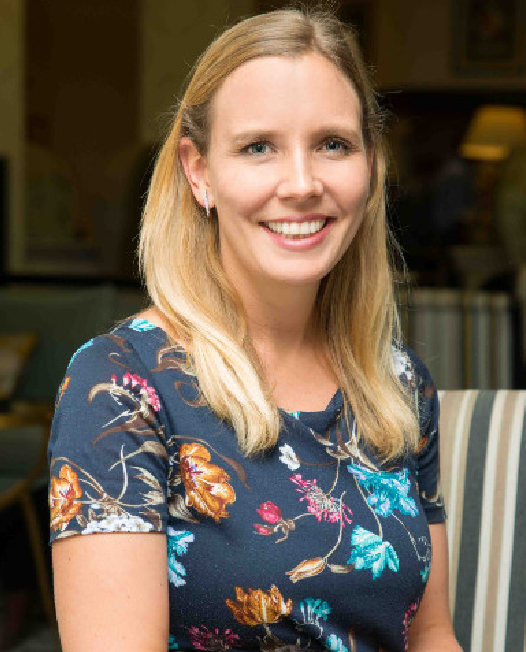 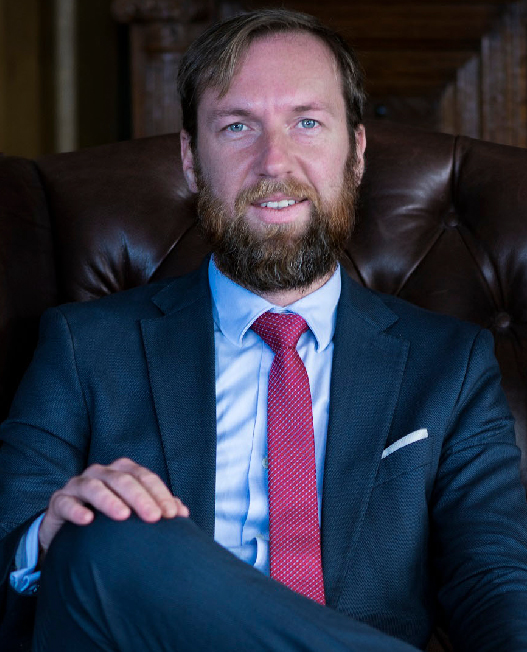 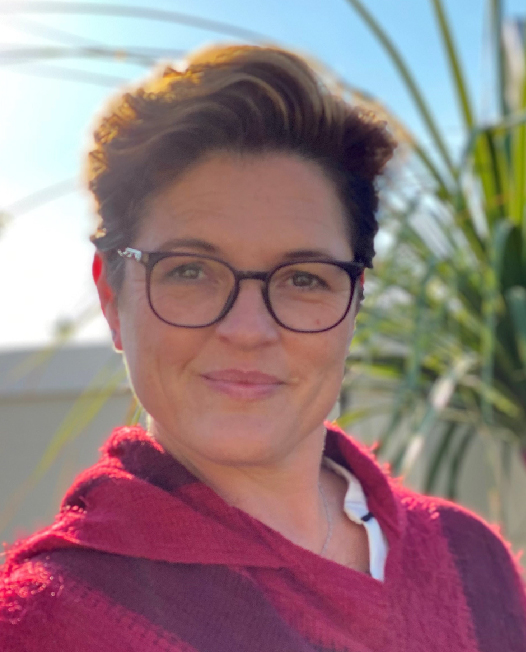 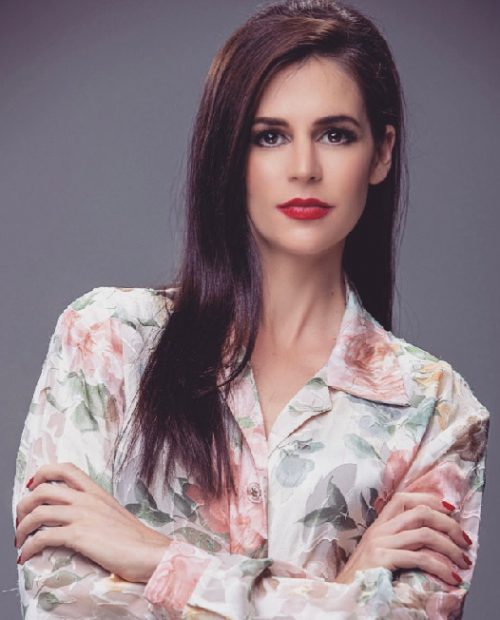 Founder of The Outfox Fashion Group 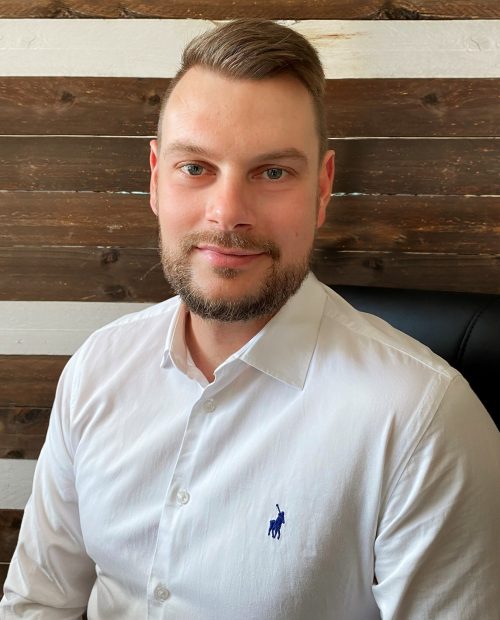 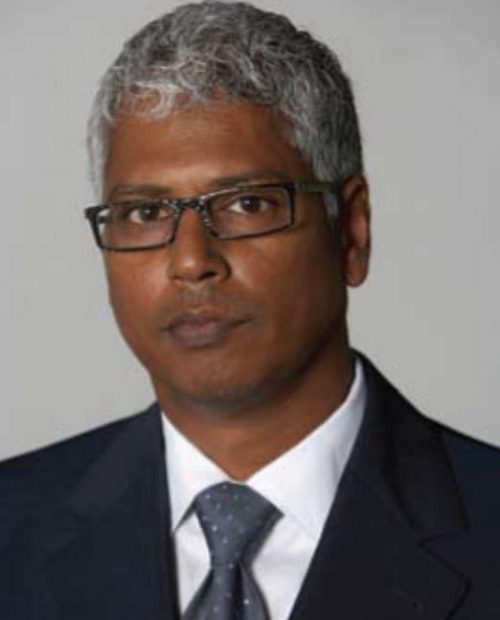 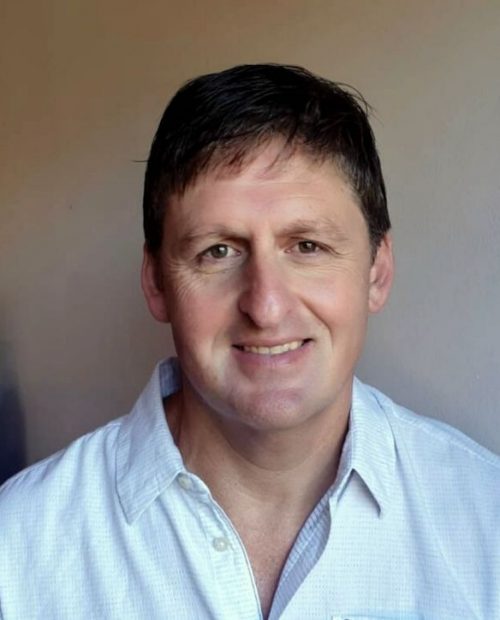 Director of Vantage by Energy-Solutions 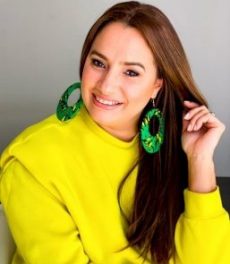 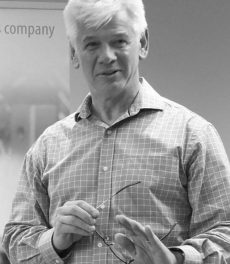 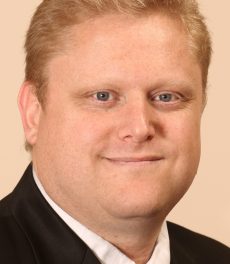 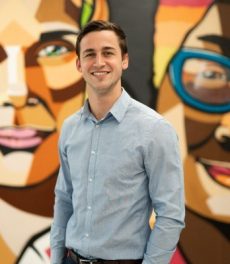 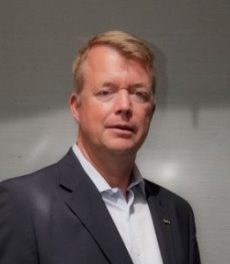 Owner of The Living Journey Collection 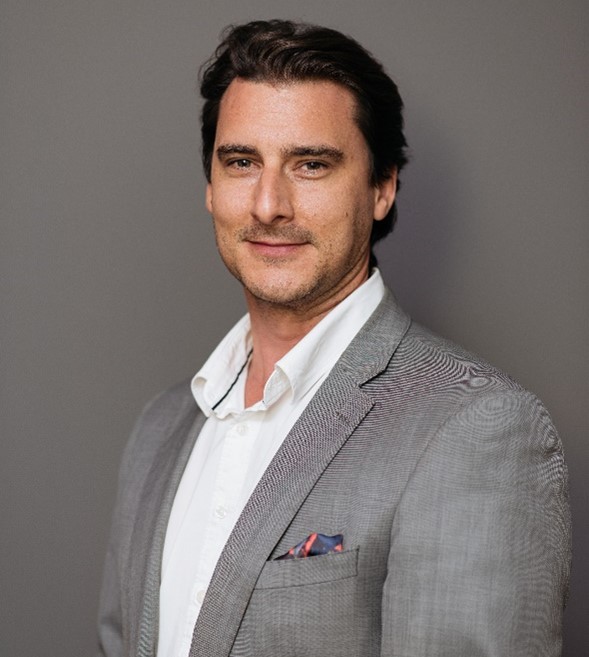 Neil’s passion for the industry runs deep and having spent time running all aspects of hotel operations, developing hotels and building strategic plans for optimizing hotel groups and their individual assets he has the ability and insight to very quickly understand and guide constructive and relevant change within any hotel business.

Communication and relationships are key to the hotel business and Neil has a very real ability to instil trust and confidence through his candid approach to each individual scenario and will try to, as far as possible, create bespoke solutions for each challenge or opportunity. Having worked for local and international hotel operators and consulting firms Neil understands global industry trends and how to implement and optimize the various nuances into everything that he does.

Building and leading solid dynamic teams is essential to success and Neil does this instinctively. Having strong teams that challenge the status quo are what add value for all hospitality stakeholders from guests to investors and owners. 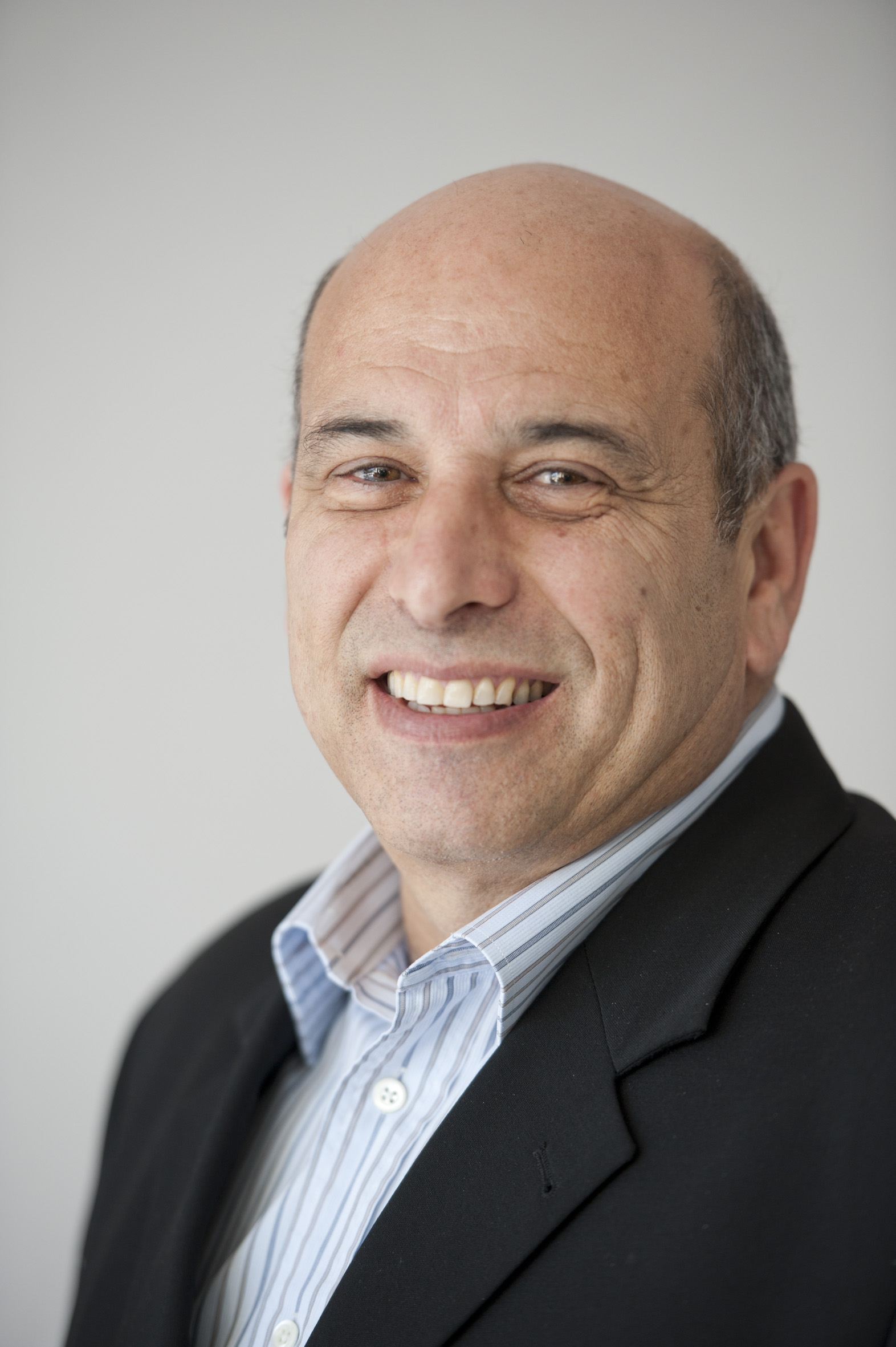 Arthur is the CEO of Platinum Hospitality Holdings, a leading hotel ownership and asset management company for 12 hotels in South Africa.

In 2016 Arthur was nominated for the University of Johannesburg Alumni Dignitas Award.

Protea Hotels was launched in 1984 without a cent of capital and only four hotels.  Arthur’s career in the hospitality industry started at the “coal face”, working himself up in just 10 years from assistant purchaser at a Cape Town hotel to chief executive officer of Protea Hotels, a thriving hotel management and franchise company.  Under Arthur’s leadership, the group grew to over 130 hotels, operating in seven African countries.

Some years back Arthur co-authored a book on customer service excellence and he is regularly called to share the story of Protea Hotels.

Arthur is married to Lauren and they have five children and six grandchildren. 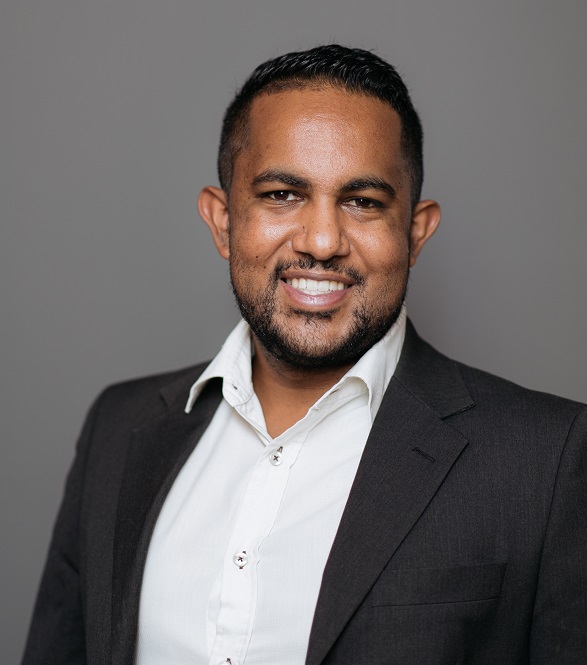 With a Bcom Marketing degree from Stellenbosch University, he heads up the online and digital department, with 10 years’ experience in Digital Marketing Management as well as hotel distribution channels.

His specialties are analyzing and measuring returns before driving decision making, as well as ensuring technology is effectively used to drive revenue that positively impacts the bottom line.

His passions are for continuous learning and staying on top of the ever-changing trends of the online and tech space.

Head of Sales and Marketing at  Providence Hospitality, Sarah Robertson, has a BCOM in Marketing and Management, a Diploma in Travel and Tourism and 20 years of experience in senior roles in the hospitality, aviation, travel and media industries. Sarah overseas all aspects of branding development, content creation, public relations and social media strategies.

Drawing from her experience as both a marketing manager and published travel writer, Sarah is skilled at creating engaging content strategies, promotional offers and destination marketing campaigns that are tailored suit the character of a particular hotel. 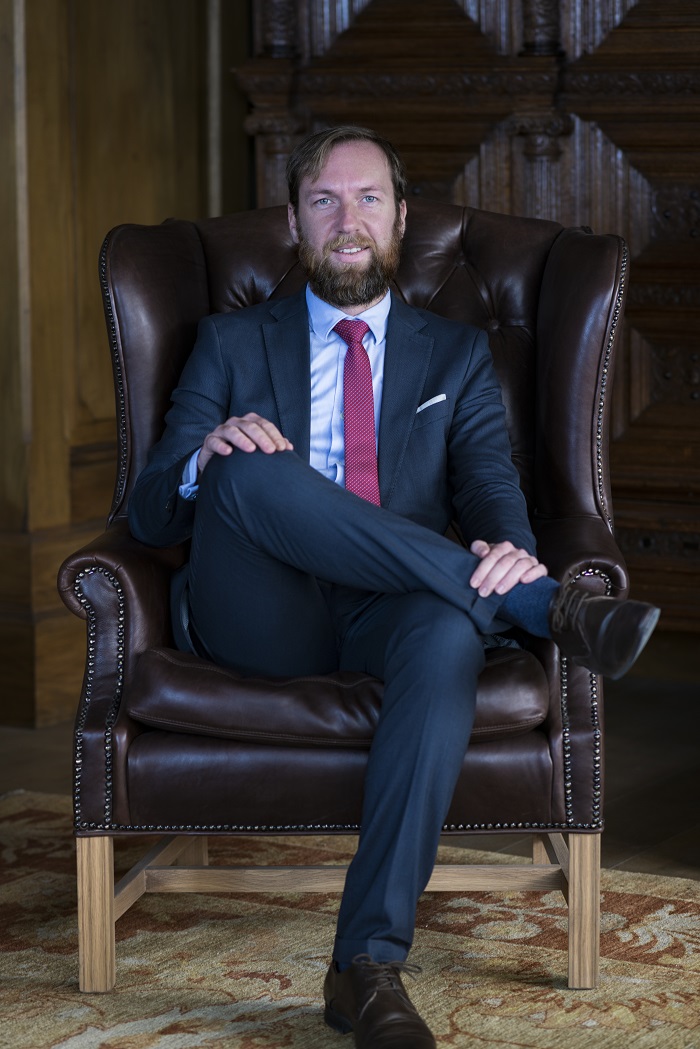 He went on to become the property’s Accountant and was later appointed as Financial Manager at the Protea Hotel Victoria Junction in Green Point. This was followed by roles at Park Inn by Radisson in the Foreshore and the President Hotel in Bantry Bay, before he took up the position of Financial Manager at Lanzerac. He shares: “After working for group and corporate hotels, the allure of a privately owned property was one I could not refuse. The fact that a new challenge – the wine industry – also came with the package, was a bonus. And then there’s Lanzerac’s exquisite setting.”
Towards the end of 2016, Emile unofficially filled the role of General Manager before officially being bestowed the title when the Hotel reopened on the 1st of July 2018. Since then, he has taken over the reins for all the business units within the property.

“Something that would not be possible without strong leaders by one’s side,” says Emile, when asked about the challenges that goes with this role.
With the happiness of guests and the team being of paramount importance to Emile, a typical day involves a quick check in with the team at 9am every morning to make sure that everyone is on the same page for the day and to attend to any issues that might have come up the previous day. The rest of the day entails managing the team, whilst still giving them enough freedom to do what they need to do to get the job done. This usually requires asking a lot of questions to keep everyone thinking about what and why they do what they do and to keep things innovative. “I do still spend some time with the accounting and finance department. The rest of the time is spent on forecasting and planning for the future.”

Asked what he enjoys most about his job he shared: “Interacting with a team that has become my family and seeing them achieve their goals.”
When not hard at work Emile enjoys wine tastings. “I’m always trying to find somewhere new to go, but I also enjoy going to my favourite places. More recently, I have been spending weekends away, taking time to relax, but it also allows me to see and experience new places.”

Emile’s advice to those aspiring to become General Managers is: “Try to learn as much as possible about the business as a whole and constantly work at your professional relationships. 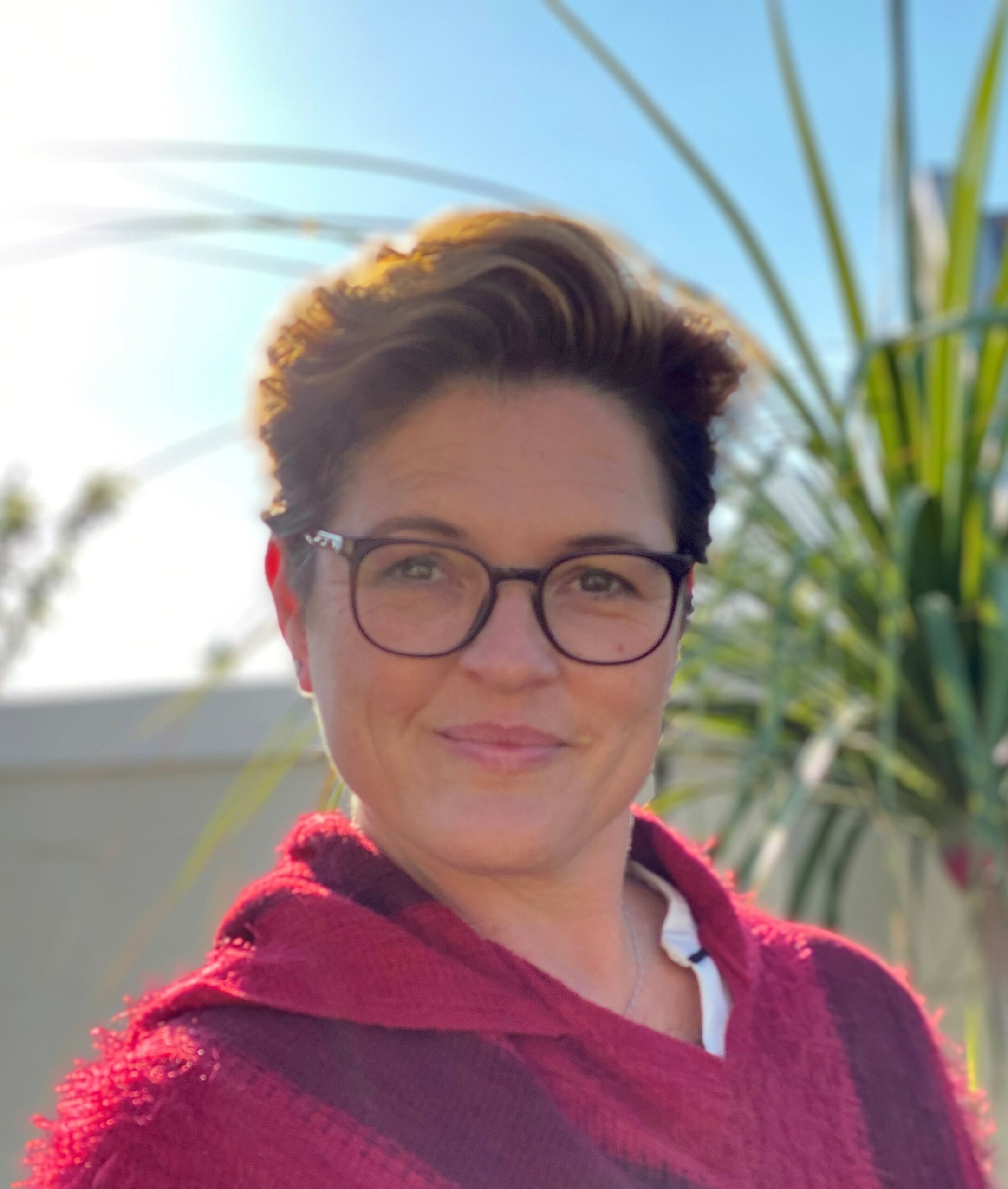 We offer outsourced sales and marketing solutions providing the valuable link between accommodation products and the travel trade buying sector. Our specialty is unique, individually owned accommodation products within Africa, where we network with exceptionally well-established relationships, locally and internationally to ensure success without the high costs of in-house sales teams.

The personal service of our small, yet incredibly skilled team fulfils the brief of achieving increased revenue in a timeous and cost-effective manner. 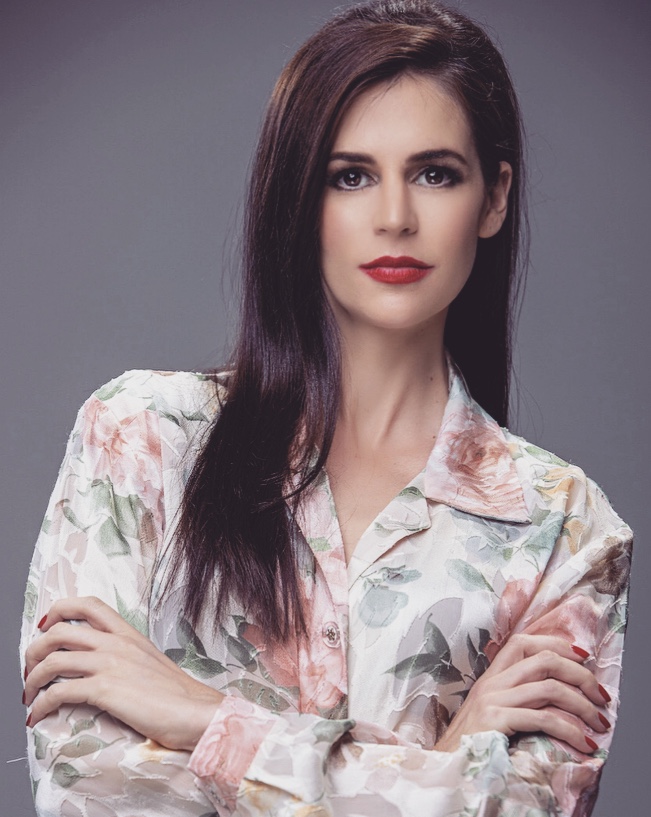 Founder of The Outfox Fashion Group

Cheri is the Founder of The Outfox Fashion Group and is an Internationally Qualified Fashion Stylist who trained under a Celebrity Stylist in Los Angeles and a Veteran in Fashion in the UK. She also holds an LLB and an MBA and is passionate about seeing companies and individuals thrive in their chosen industries and careers. She believes that a skilfully curated wardrobe should be seen as an investment, not an expense and that it holds the key to greater confidence and expression in the corporate environment. 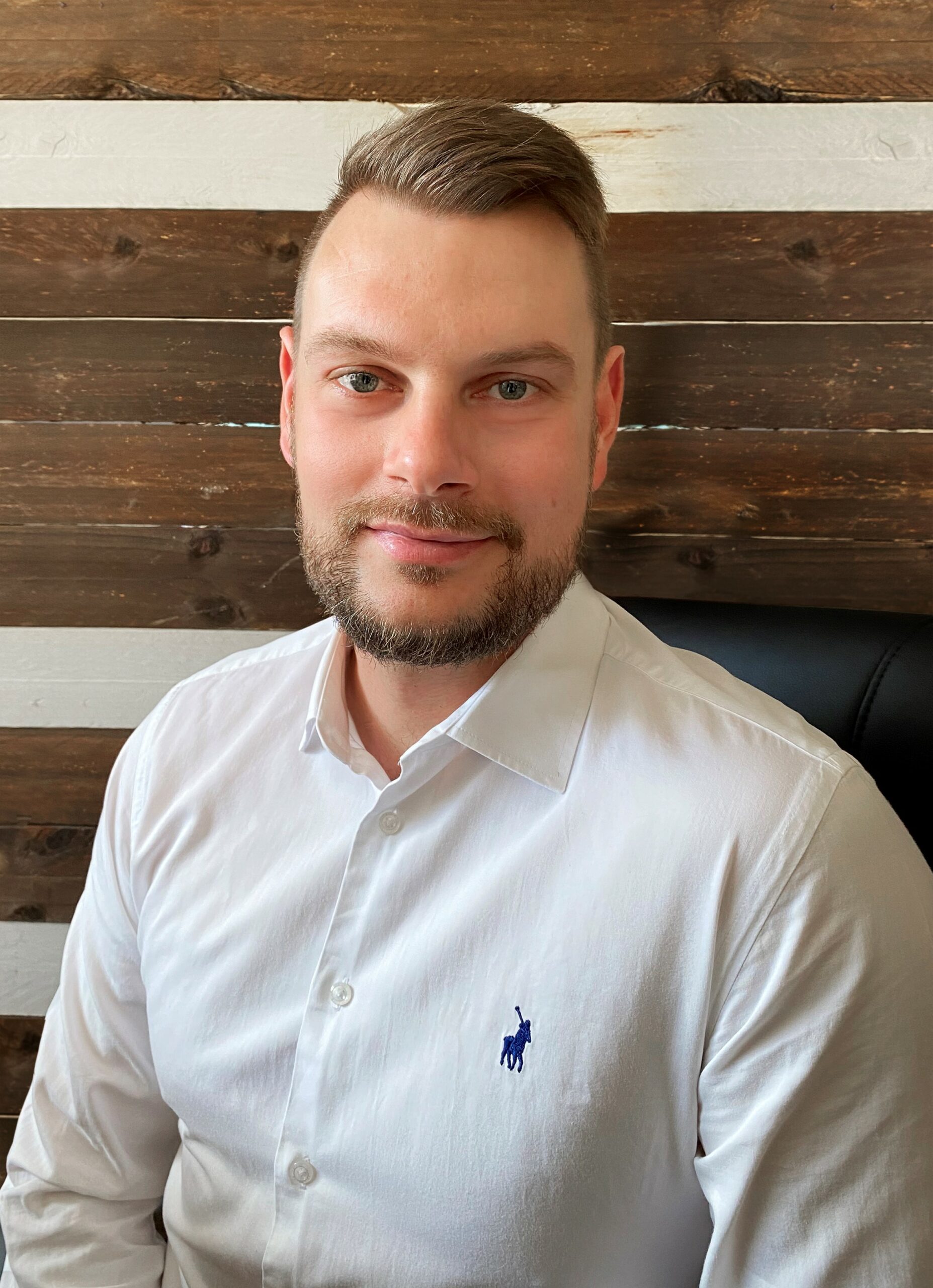 With over 15 years of experience within the hospitality industry, Eben’s continuous passion for wanting to assist property owners to achieve their dreams complemented by his love for technology, has always been the recipe to his success.

In the many years Eben has spent working at Ankerdata as an employee, later CEO, and now managing partner, he understands the importance of communication, catering to the client’s needs, and aftersales support.

These factors have not only shaped the face of the organization but highlighted the core values of Ankerdata, which are Honesty, Integrity, Transparency, and Accountability. Eben strongly believes, your Guest is our Guest! 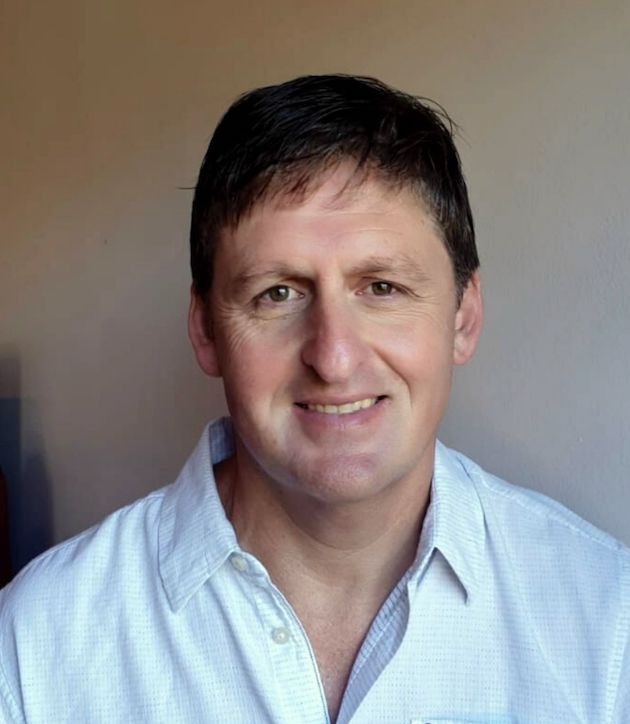 Director of Vantage by Energy-Solutions

George Johnston is the Founder and CEO of Energy Solutions which has been operating in South Africa for over a decade.

He is an Electrical Engineer by profession and heads up a team of Data Scientists and Electrical Engineers, exploring new and inventive ways of reducing utility costs. His company, Energy Solutions, developed a software platform – Vantage – using Machine Learning modelling to reduce energy consumption. This software solution is currently offered around the world to enterprise clients in various market sectors.

George currently spends his time focussed on development of bespoke solutions for new and existing clients. 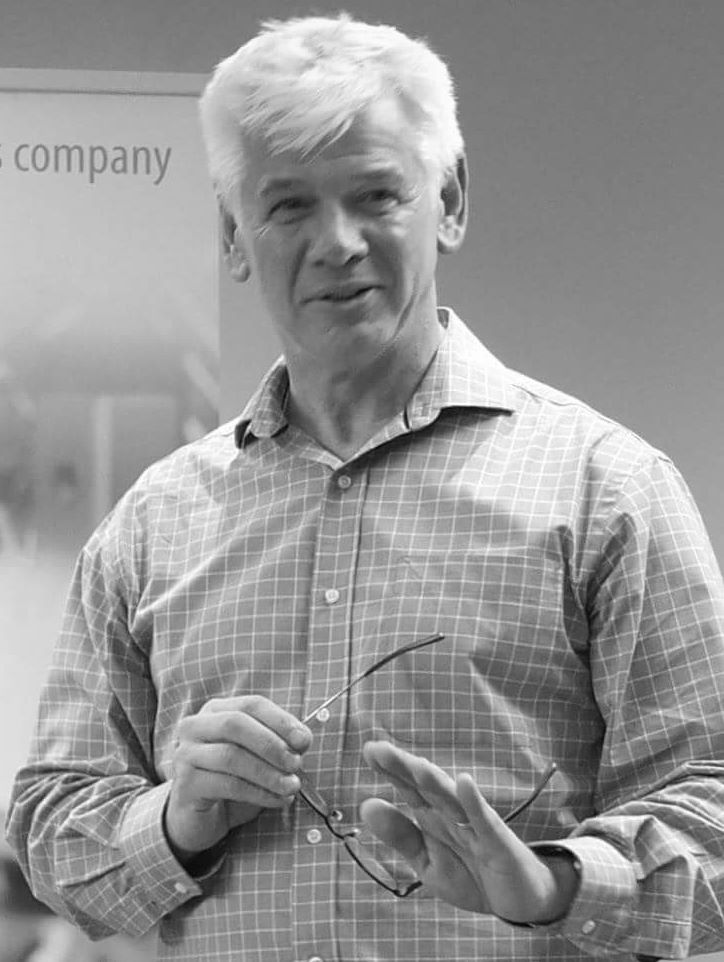 Stephen is a hospitality professional and 4th Generation hotelier from Johannesburg South Africa. After attending hotel school in the UK he joined THF hotels in the UK and subsequently moved to Southern Sun Hotel group in Johannesburg. Stephen started Hickmore Recruitment / CareerMap in 1996 as leading supplier of Senior and Exec recruitment services for the hospitality industry in Southern Africa. In 2007 he co-founded Pple Hospitality (formerly HSC) now the largest Hospitality Industry full-service outsourced staffing company in South Africa. In March 2020 Stephen became a director and part-owner of the Swiss Hotel School South Africa. Stephen writes for a number of publications on food and hospitality industry matters, trends and opinions. 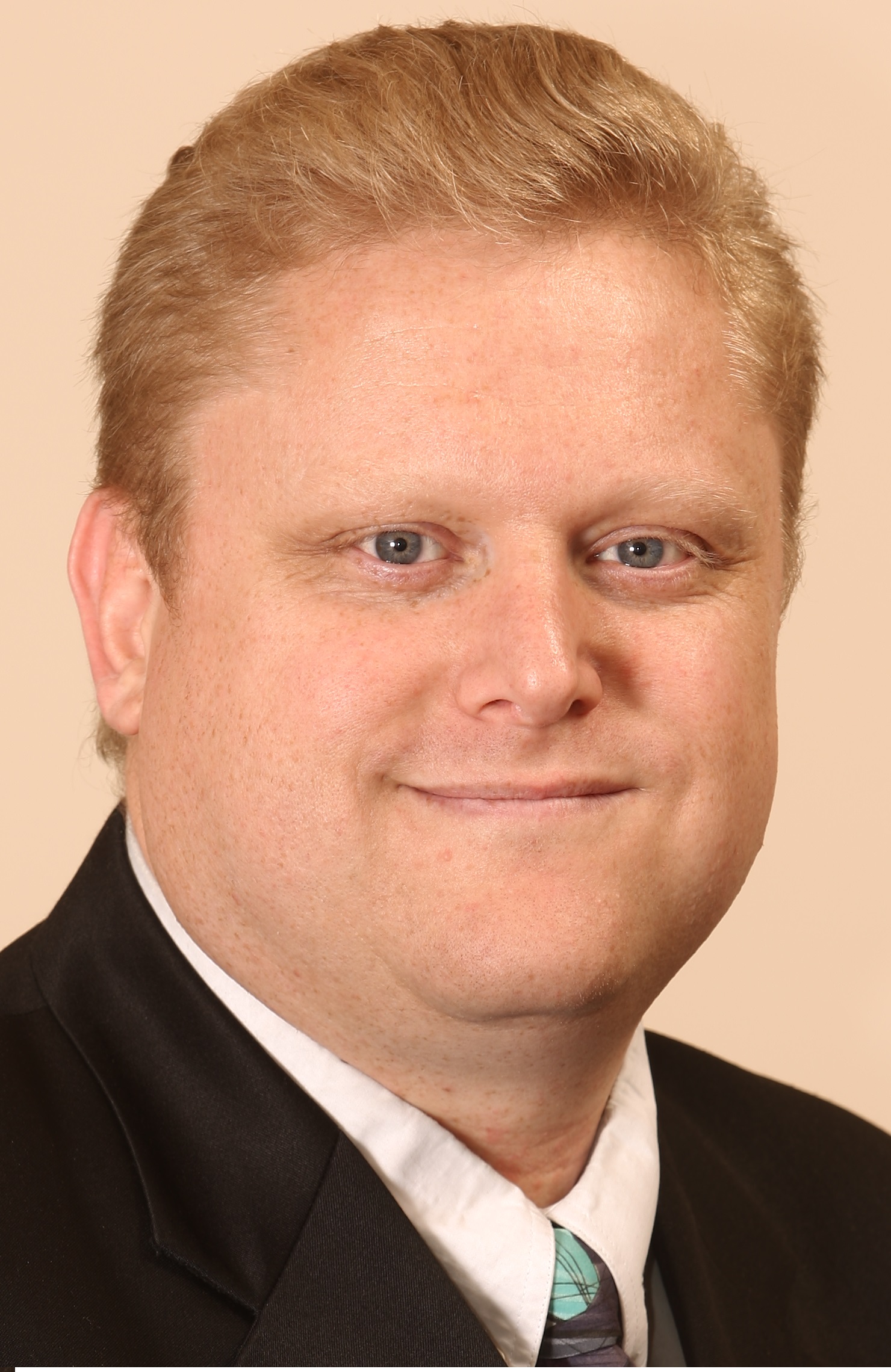 Martin Jansen van Vuuren is the Managing Director of I and M Futureneer Advisor Pty Ltd. He holds an M.Com (Economics) degree and has spent 20 years with Grant Thornton’s Tourism, Hospitality and Leisure Advisory. Martin was promoted to a Director at Grant Thornton in 2008 and an equity partner in 2015. Martin established I and M Futureneer Advisors in 2018 and his services include:

Martin is the author of the “Managing the economic impacts of tourism” chapter in the second edition of Managing Tourism in South Africa, edited by Richard George. The book is used by post graduate students in Tourism at the University of Cape Town and Nelson Mandela Bay University. 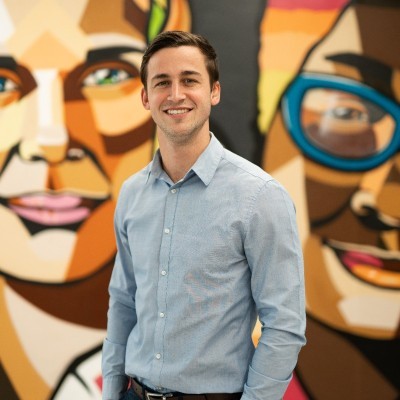 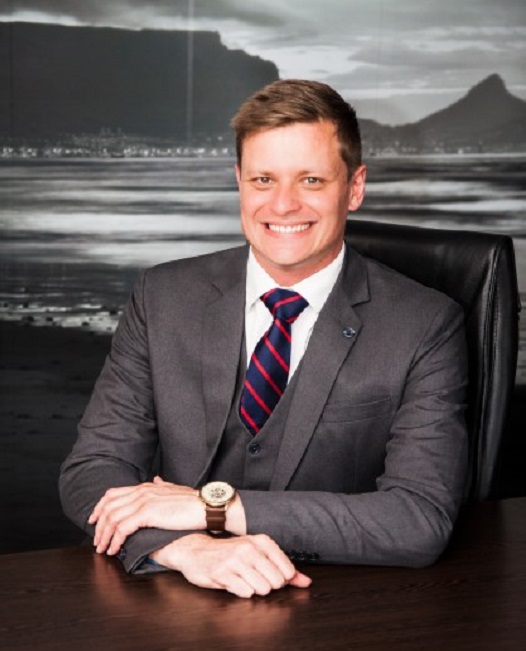 The Groups’ core focus is to optimize property profits by implementing unique strategies that allows owners and operators to track, adjust and improve all performance metrics of their property and all its outlets, in the short and long term.